Another heavy defeat for Beerschot who weren't humiliated in the same way as durring that 0-7 drubbing against Anderlecht at the end of last year, but those four goals conceded tonight again showed where the problems are. Our defense opened up far too easily, we hardly won the ball in midfield and created not enough chances to take anything from this game. One glimmer of hope though: Noubissi scored, which was our first goal in almost six matches.

Coach Lucho Torrente put Wouter Biebauw and newcomer Felipe Avenatti in his starting line up for this first league game of 2022. Our hard working Uruguayan striker set up the first good scoring opportunity when De Smet crossed, goalkeeper Vandervoordt blocked the shot... but Holzhauser didn't find the target. It proved to be Beerschot's only decent move of the first half. Soon afterwards Racing Genk took control and scored twice in the space of ten minutes, with Ito in a decisive role. First his cross was headed in by Hrosovsky for goal number one, goal number two was "Made in Japan" but too easily conceded with our back five all over the place.

Beerschot showed more grit and composure after the break. Avenatti's header went wide from a good cross. A wasted opportunity to get back in the match. At the other end Bongonda hit the crossbar. On the hour Vaca tried his luck from outside the box but Vandervoordt saved. It was Beerschot's first shot on target.

The home team combined better, faster and more efficiently but our defense stood firmer and Biebauw, Radic and Lemos saved from Ugbo, Bongonada and Hrosovsky respectively. A foul from De Smet set up Racing Genk to victory. Ref D'Hondt awarded a penalty that Bongonda simply put away. Three-nil.

In the final quarter of an hour Marius Noubissi scored a consolation goal but Racing Genk had the last laugh with Nemeth scoring a fourth for a deserved win. 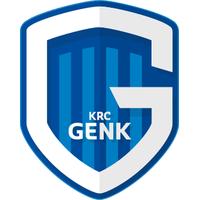