Our press officer on match days is Danny Geerts. Contact him for questions and appointments on danny.geerts@beerschot.be

For any other questions and requests you can get in touch with Sven Van den Abbeele, director of communication and spokesperson of K. Beerschot V.A. His mail address: sven.vandenabbeele@beerschot.be

They are the only contact persons at the club for the technical staff and players, interview appointments, photo shoots, press releases, questions and all other media-related matters.

Making direct interview arrangements with staff and players is not allowed. 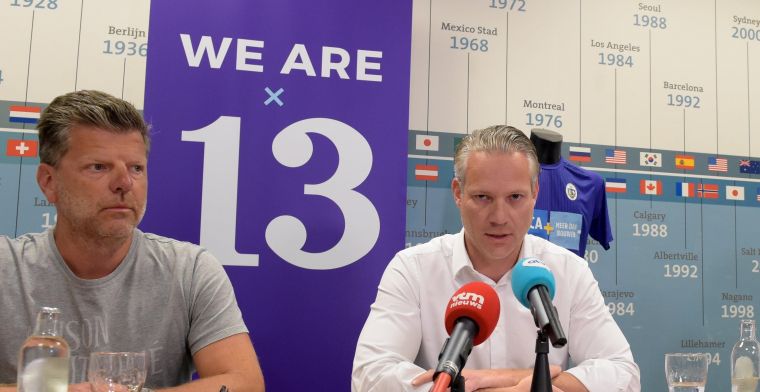 On showing a valid and personal press card issued by sportspress.be with the associated accreditation, during home matches K. Beerschot V.A. grants journalists and photographers access to the press room, the press box, and after the match the mixed zone in the changing room building hall and the press conference with both coaches. The pitch is only accessible for exclusive media-rights holders (camera people and reporters from Proximus TV) as well as photographers.

Accreditations are required and are requested by mail at www.sportspress.be no later than 48 hours before the start of the match, mentioning the name, press card number and medium. If the application is approved, the press accreditation (admission ticket with bar code) can be collected from the Ticket Corner at the Olympic Stadium from the 'Invitations/Reservations" counter. The Ticket Corner is open three hours before match kick-off.

Note: journalists and photographers wanting to attend a Beerschot V.A. home match must therefore always pass through the Ticket Corner to collect their personal admission ticket with bar code. Access to the Olympic Stadium is only possible through electronic gates. Press accreditations are not sent. 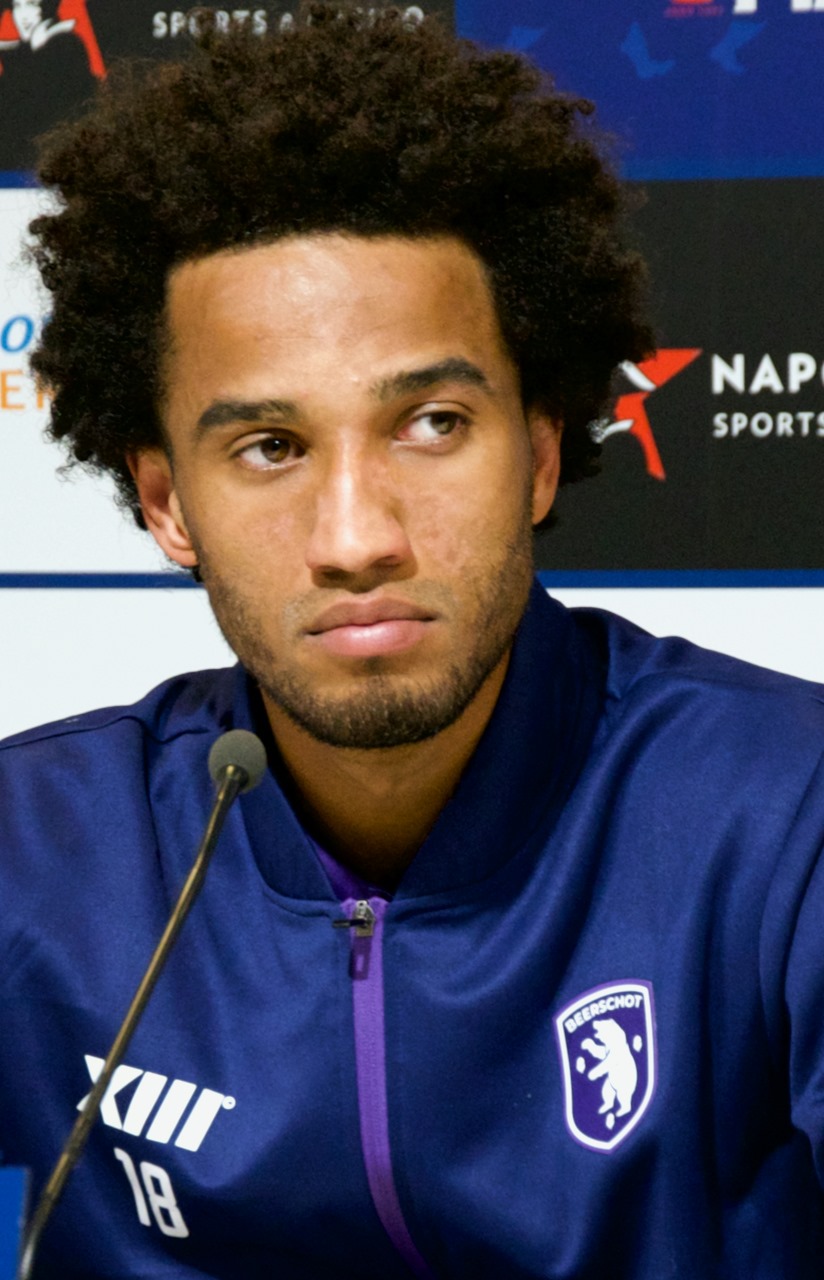 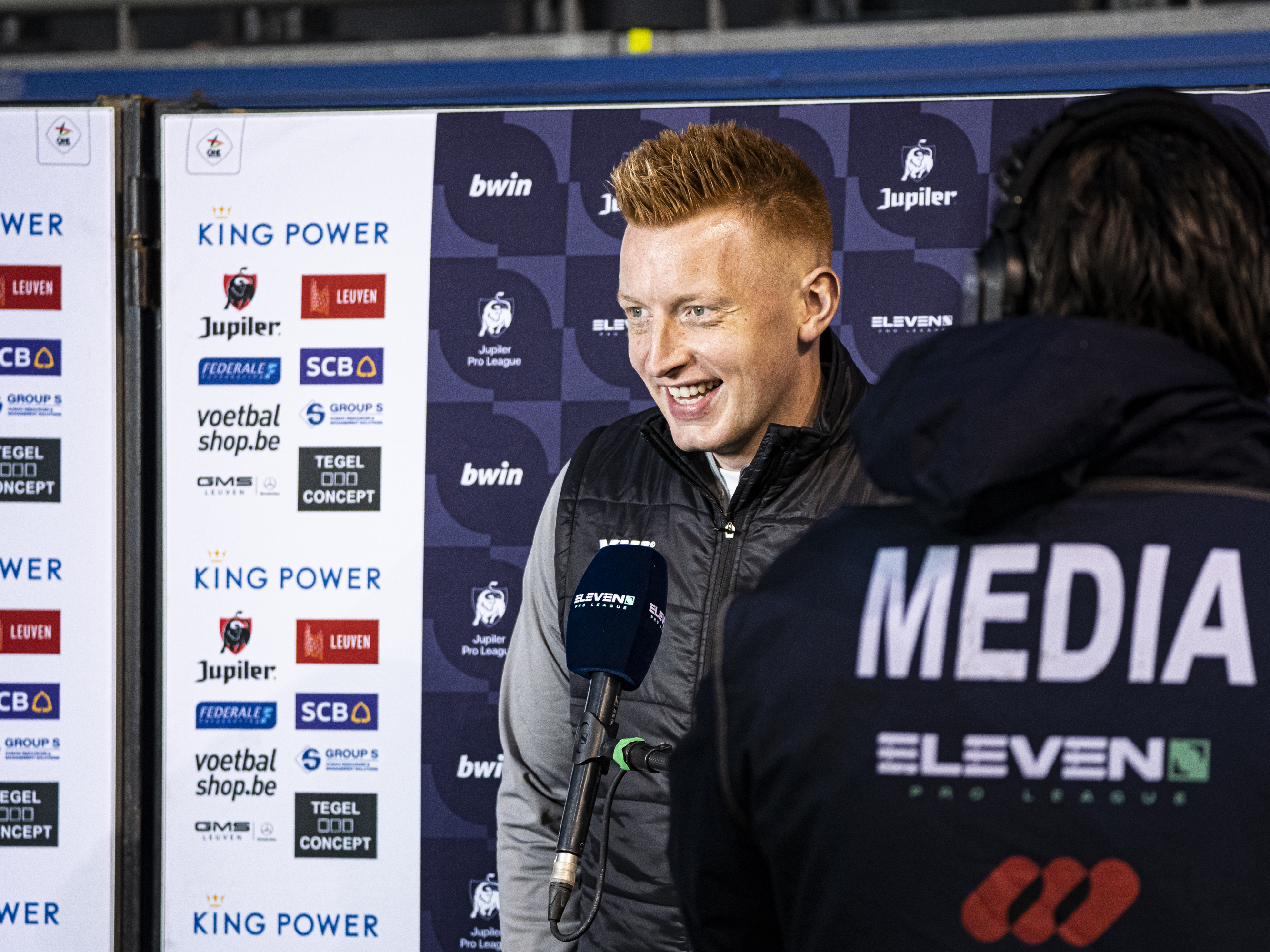 Parking permits for the media are supplied by K. Beerschot V.A to the respective sports reporters from newspapers and radio and television stations. They give the parking permit(s) to their staff who cover the K. Beerschot V.A. matches for their medium.

The chronic lack of space at our stadium car park means K. Beerschot V.A. is from this season organising a regular shuttle service between the Olympic Stadium and the parking spaces at the Kielsbroek in the Emiel Vloorstraat, 2020 Antwerp. The shuttle service leaves the Kielsbroek from two hours before the start of the match. Journalists and photographers can then smoothly and safely reach the stadium in good time.

The press room is located on the first floor at the back of the main stand of the Olympic Stadium. Access is along staircase just past the entrance to the accommodation complex. At the top of the staircase turn right towards Bar Grisar, first door on the right.

This space is opened two hours before the start of the match for all media with space for 50 people. In the press room there are sufficient communication lines and power points/plug sockets.

Danny Geerts is the point of contact for the press relations present as press officer at the club. In his absence  Patrick Bijnens (patrick.bijnens@beerschot.be) takes over these responsibilities. Jef Hellemans as the representative of sportspress.be supervises smooth proceedings in the press room and press box.

Approximately half an hour after the match a press conference is held with both coaches in the press room.

The press box is located to the left in the main stand and can be reached from the press room along the staircase leading directly to the main stand. Or one can go along the back of the main stand: last stairs before the changing room building.

The press box is reserved for all media with the exception of TV press and photographers, and consists of two long rows of seats. A total of 52 seats are available together with all the necessary technical facilities.

The Wi-Fi password is available from Danny Geerts and Patrick Bijnens.

Proximus is the exclusive media rights holder in 1B. As regards infrastructure for the camera teams, commentators and analysts (position in the stand, TV compound, light intensity, noise, neutral zone, etc.), and all other production facilities K. Beerschot V.A. has made the necessary waterproof arrangements with Proximus to guarantee good cooperation and the smooth progression of the matches.

As regards the employees of the media team of K. Beerschot V.A. (TV, website, Facebook/Twitter, etc.) the club will make the necessary arrangement with the Pro League and Proximus TV so they also have the necessary badges and accreditation to do their work.

During the warm-up session and during and after the match, only camera people and reporters from Proximus-TV and photographers (with vest issued by sportspress.be) are allowed onto the pitch. Access to the pitch is through the players’ tunnel. Please always follow the instructions of the stewards.

Journalists and photographers must clearly visibly show their press card to the stewards and/or the security staff before entering the players’ tunnel and pitch. Photographers must have a vest issued by sportspress.be.

After the half-time whistle and at the start of the second half K. Beerschot V.A. will ensure that a player and the assistant coach are available to Proximus-TV for an interview of a maximum of 1'30". The same applies after the match, where one or two player(s) will give an interview of maximum 2'30" to the exclusive media-rights holder. All interviews take place at the advertising panels supplied by Proximus-TV.

After the final whistle the other players go directly to the changing room where the coach will first hold a short talk. Then the head coach reports to Proximus-TV for an analysis interview of maximum 2'30".

After showering all players pass through the mixed zone. This is located in the hall of the changing room building in the Olympic Stadium (access only after showing an official press card) where they will be briefly available to the media. The players of K. Beerschot V.A. are free to decide if they want to give an interview or not.

With evening matches with publication deadlines for the respective newspapers, during the last 15 minutes of the match you can give a number of names of players to press officer Danny Geerts or director of communication Sven Van den Abbeele who you would like to speak to immediately after the match. The players are then escorted by a club official to the mixed zone for a brief interview.

Half an hour after the match K. Beerschot V.A. organises a press conference with both coaches in the press room.

Radio broadcasters can hold interviews in the mixed zone after the match and after the press conference. This is not allowed before this time because these rights have been sold to the relative rights holders.

Each activity inside the stadium in the exclusivity period (from the arrival of the players’ bus up to thirty minutes after the match) must be requested and approved by the Pro League and its rights holders.

At away games press officer Danny Geerts and director of communication Sven Van Den Abbeele are also the points of contact for interviews with players of K. Beerschot V.A. In that case we follow and adhere to the instructions of Proximus-TV and the home club for the press conference, mixed zone and arrangements to the extent applicable.