Yesterday Beerschot opened the doors of its Olympic Stadium for Jorre, his family and coaches. Jorre suffers from Perthes disease, a hip joint condition, and is temporarily confined to a wheelchair. His coaches Ivan De Pas en Bart Vanhees recently started the "Cycling for Jorre and Bring a Smile" charity for which they cycled to all Division 1A football grounds to raise awareness and money. They cycled for ten days and rounded their 1000 kilometres trail at Beerschot.

"The response we received was great and heartwarming but we wanted to finish at the Olympic Stadium... and not coincidentally on the 13th (!) of April as Jorre is a big Beerschot fan", his coach Ivan De Pas explains.

And Beerschot had a couple of nice surprises in store for the youngster. He received a signed number 13 shirt from Rapha Holzhauser who was there to welcome Jorre and his coaches arrived . "What a great gesture that was, as Rapha is my favourite Beerschot player. It really was a fantastic and unforgettable day for me", Jorre said. "And I also got the Beerschot sticker, book, a teddy bear and two season tickets for next season. I felt really spoilt."

Everyone at Beerschot wishes Jorre a speedy recovery and we look forward to seeing him back soon in our Olympic Stadium. 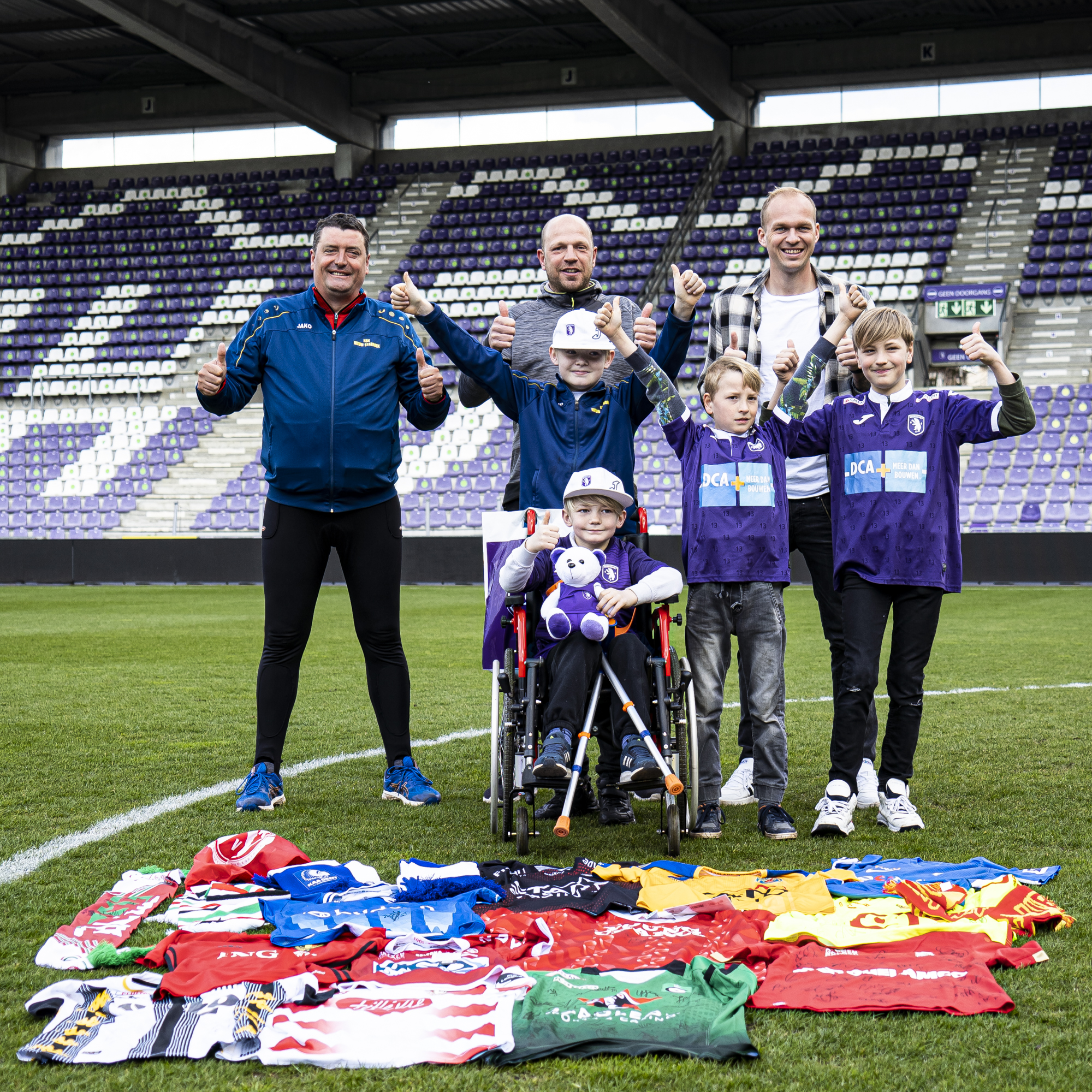