Same old story for Beerschot again tonight. By far the better team in the first half, creating five golden scoring opportunities but hardly one shot on target... and then conceding a goal that proved to be decisive. Beerschot's thirteenth league defeat of the season, the seventh one by the odd goal.

Despite missing three suspended key players (Holzhauser, Pietermaat and Van den Bergh) our Mannekes took control from the start, with Vaca and Caicedo bossing the midfield and Dom strong on the right wing. Eupen were all over the place but our strikers didn't take their chances: Shankland's shots went over and wide, Suzuki needed too much time to convert, while Vaca and Caicedo didn't hit the target either. Five minutes before the break both Dom and Halaimia had their shots blocked or deviated in corner. Incredible misses...

Just after the half hour Eupen scored from a corner, when Agbadou beat Radic in the air and nodded home. Their first and only opportunity in the first half. How frustrating.

In a poor second half Eupen upped the tempo and Beerschot didn't find the space between the lines anymore. Kayembe and Prevljak's shots went in the side netting for the home team; Shankland tried his luck with a rush into the box but couldn't finish. Beerschot's attacks were far too stereotypical and lacked fresh ideas. Vaca's efforts too selfish and Eupen goalkeeper Himmelmann was hardly put under pressure.

So, another defeat for Beerschot whose position in the table becomes more precarious by the week. Particularly when the news trickled in that Cercle Brugge won their away game at Sint-Truiden, widening the gap between them and us to ten points. 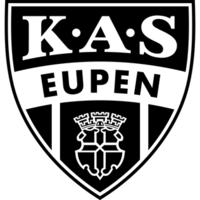